Thank You for a Wonderful Festival Show! 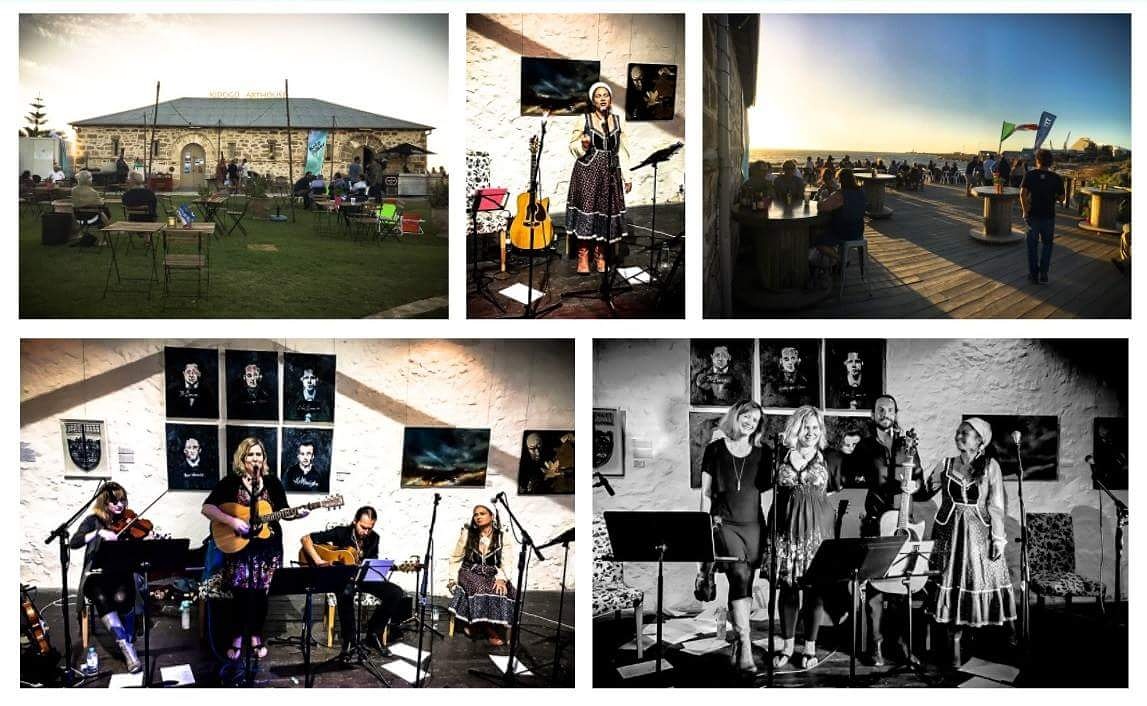 Thank you, thank you, for a wonderful gig last night at the Fenians, Fremantle & Freedom Festival. We performed to rapturous applause and it was SOLD OUT! Woo hoo! I just want to once again thank everybody who was able to come. And of course a huge thank you to my special guest Jaya Penelope for her captivating storytelling and poetry, Karl Hiller for his sublime guitar playing and Kathy Potter for her colourful violin and viola playing. Thanks also to Jamie David for doing sound and Natasha Kelly for taking care of the door and other logistics. A special thank you to Della Rae Morrison for opening the night. I invited Della to come and do an acknowledgement of country, but I didn’t expect her to delve into a beautiful speech about her family history, Irish and Indigenous commonalities and the depth of our 20 year friendship. I was really touched by your words, Della. Thank you

Last night I was surrounded by love and I felt it. On stage with me was another friend of 20 years in Jaya, and supporting me from the sidelines in Amerikay through a tough few weeks another friend of 20 years, Eliesha Steel-Millett. There were some close friends present, but mostly new faces I had never seen before, which was wonderful. From rehearsals with the patient, talented, hardworking and lighthearted Karl, Kathy and Jaya, to the stage, putting together and performing this gig truly was a beautiful experience. A note that I will be joined by Karl and Kathy again for a performance at Fremantle Prison on Wed 10th January as part of the commemoration ceremony of the last convict ship to arrive in Australia. The ceremony begins on Bathers Beach at 9am where I’ll be joining Declan O’Rourke, then there is a pilgrimage up to the prison where I’ll be performing a few songs. If you’re at a loose end, come along. It’s going to be special and I’m super excited to be performing in the prison! From the bottom of my heart, go raibh maith agat. Let’s do it again sometime x